Budsjord farm is a national heritage site counting eighteen old log-houses clustered in the sunny hillside of the Gudbrandsdalen valley between Dovre and Dombås. The "king´s road" pass by and Budsjord is the last stop before the strenuous hike over the Dovre mountain plateau. The pilgrim-road (Olav´s road) follows the same path and Budsjord is today an important guesthouse for pilgrims on their way to Nidaros (Trondheim).

The name Budsjord is probably derived from Biskupsger∂i meaning "the Bishops fenced property". The oldest known written records from the 15th century tells us that Gudbrand Priest lived here under the Diocese of Nidaros. The Bishop probably stayed at Budsjord when traveling from Hamar to Nidaros. The farm was church property until the 17th century when it became royal property and finally privately owned. The "old Budsjord family", who are the forefathers of the present owner of Budsjord, had the farm until 1710 when the "new Budsjord family" took over. They lived here until 1958 when the Killi family took over. Åshild and Mattias Killi opened the farm to tourists in the 1990s and the present owner has benefitted from their careful maintenance of the place.

Budsjord is an extraordinary well-preserved farm typical for the late 18th century consisting of the "inntun" inhabited by people and horses and the "uttun" inhabited by other animals. The stable from around 1610 was listed in 1923 together with "Nordstuggun" from the beginning of 1700, among the first listed buildings in Norway. The rest of the houses were listed in 1974. "Sørstuggun" was built in 1756, the food storage houses in early 1700 and the rest of the houses in the late 18th and the early 19th century. The people of Budsjord are recognized for their excellent skills in woodcarving, blacksmith working and engravings. The renowned painter Ola Simahaugen Langdalen decorated the interiors of "Nordstuggun" in the 1880s.

The present owner is planning to build a farm-museum conveying the history of Budsjord, the craftsmanship and the pilgrim tradition. 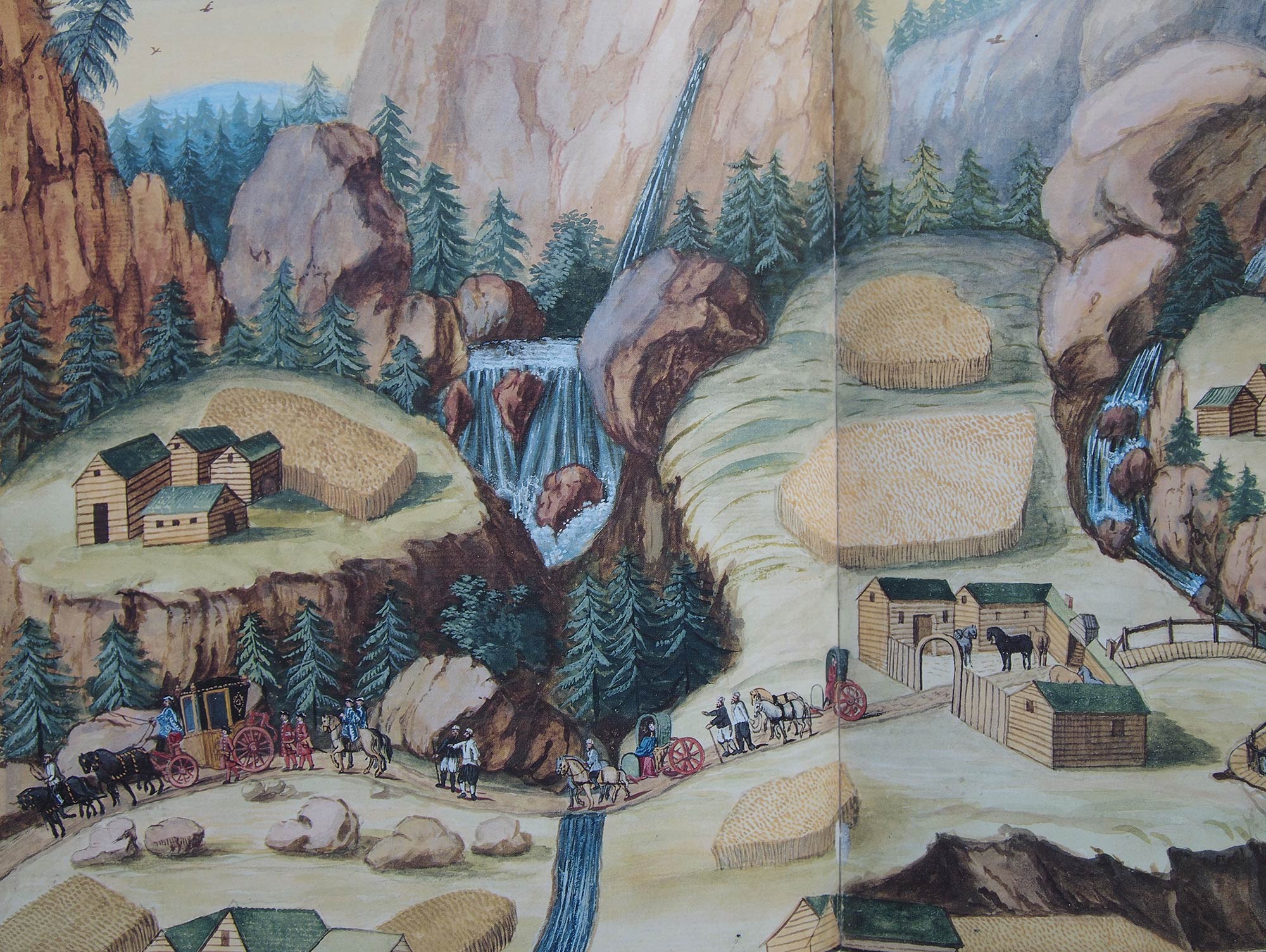